International Workshop on Climate Emergency: from Declarations to Actions…but HOW?

The 2019 was certainly the year of ‘climate emergency’ (declarations). But also, the second hottest year on record. Because of this, we spent quite a few extra classes and attention to climate resilience this year. How not to teach and contribute toward a better understanding of climate and community resilience in a year in which more than 11,000 scientists co-authored a paper stating that Earth is “clearly and unequivocally” facing a climate emergency, while advocacy and grassroots groups around the world are pushing local governments to step in and take action? 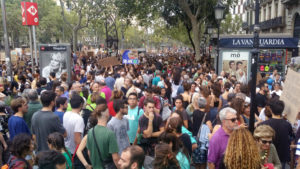 While hundreds of all these climate emergency declarations are largely symbolic gestures, in some cases could justify some real changes within urban agendas. In Barcelona too, the recently launched Pla Clima, found (maybe) in the Climate Emergency declaration the inception of its implementation, jumping ahead of others city priorities. Indeed, even before the hot summer, Barcelona did declare the state of climate emergency – with no action list behind it – and promising that within 6 months an agenda for its implementation will be designed. Actually, co-designed, through a participatory process trying to get people points of view, about what should be done, or prioritized.

This is the key, indeed: how and what to prioritize?

Should people be leaving home cars and accept this sacrifice? Or not, because actually the same pollution of all Barcelona cars corresponds to even less than what only the cruisers ships are polluting at the harbour (not to mention the big airport)? Better to act on polluting industries, but threatening the already fragile economic post-crisis local recovery? Or pushing for more green areas? Well, maybe some sort of integrated solution, trying to guide a systemic change, sounds like the better choice, right?

Well, because of this complexity, and the political challenges behind it, Barcelona decided to take time (even if sounding a paradox, under an emergency), establishing a Climate Emergency Committee, opening a participatory process for debating which specific measures to be developed and how to prioritize among the dozens of proposed actions listed in the Barcelona 2018-2030 Climate Plan. Last November, while taking part in the participatory process, our program took the opportunity to organize an international workshop that we titled “Climate Urbanism: From Climate Emergency Declarations to Actions and Indicators”. 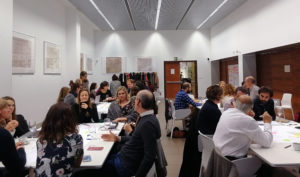 Organized in collaboration with the project Re-CITY, the workshop wished to tackle the prioritization issue, not only to normatively and locally advise the city on what to prioritize, but most importantly,  to shed light on an important – and usually neglected – point of the climate emergency implementation: the necessary linkage between CC Mitigation, Adaptation and Social Justice. It is in fact more than natural that in our heads, when listening Greta slamming “our house is on fire” to politicians’ faces, to think about emission reduction (Climate Change Mitigation), only. The emergency recalls drastic change and actions to reduce and reduce emissions, urgently. 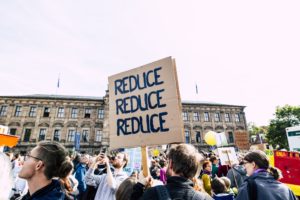 And what if politicians respond to that with carbon sequestration measures? Or closing the city centres to polluting vehicle – which leads to avoid the poorer class to enter the city, contributing to rise social injustice? Mitigation jumps on top of the political agenda, but this could contribute to neglect much needed adaptation measures, and social-justice oriented goals.

A recent paper, titled “From sustainable urbanism to climate urbanism”, authored by Joshua Long and Jennifer Rice and published in the journal Urban Studies, proposed the necessary planning and policy shift from focusing on urban sustainability, to putting at the very centre something they called “Climate Urbanism”. What they propose (and we invite you to read the full paper) is that XXI century urban policies should put Carbon emission reduction at the core of the urban agenda, AND make sure that any action toward this goal is aligned with the protection of the urban habitat against climate hazards (thus in line with CC Adaptation targets) and in line with social justice. What a beautiful re-framing of cities overall goal, right? So, we got inspired by this message, and organised this international workshop for creating a framework and guidelines for any city about how to put Climate Emergency into practice, toward a Climate Urbanism. 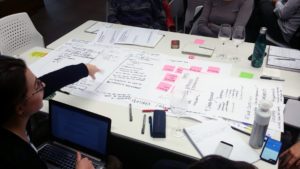 More than 25 international experts joined us. The group of 40 scholars was diverse and dynamic: local experts, jointly with international scholars and students from the program worked intensely for three days. Different round tables, group discussions and collective drafting of the framework potential layout, contributed to make us understand how mitigation and adaptation should be weighted, how synergies and trade-offs among them assessed, how feasibility criteria (and which ones) should be considered in relation to each of them, and how the social justice lens should intervene – where – in the definition (and implementation) of the actions in order to determine the final scoring for prioritizing them. 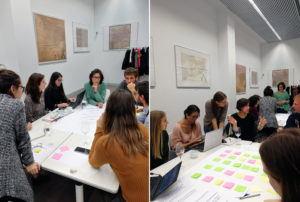 Barcelona Climate Plan and data, jointly with its comparison to other case studies, served as example to inform the debates and roundtables. After that week of intensive collective brainstorming, we took a break, and waited January the 15th 2020, when Barcelona City Council presented the action plan for implementing Climate Emergency. Now that the declaration has been made public, we will work on it, taking our draft framework, and see how Barcelona prioritized the actions. In the following weeks, students will work supported by some experts on the definition of the final version of the framework “Implementing Climate Urbanism”, which we will be please to share with you all here.